I was at the bread store(not a bakery, just a bread store - weird, I know) with my BFF the other day﻿ when she picked up a packaged whoopie pie and asked, "What's this?"  I glanced over and said, "It's a Whoopie Pie," but with a 'Well, duh' inflection.  What?  How does one get to be 40 something  somewhere over 29 and not have ever seen or heard of a Whoopie Pie?  Obviously I didn't buy one because we're gluten free and I'm sure it was laden with preservatives and such.  But, I did think about Whoopie Pies all week long, because you know how I obsess about food once a suggestion has been made.  I finally broke down and made some yesterday. 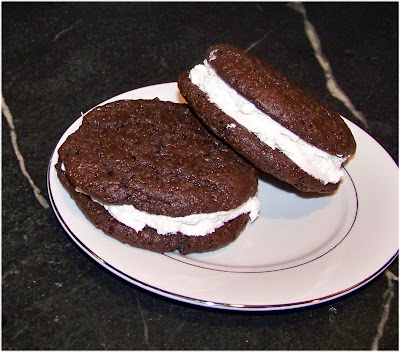 I started by whisking an egg, 1/2 cup milk, and 1 tablespoon lemon juice.  I added a package of Bob's Red Mill GF Chocolate Cake Mix and a package of Mori-Nu Mates Chocolate Pudding Mix. 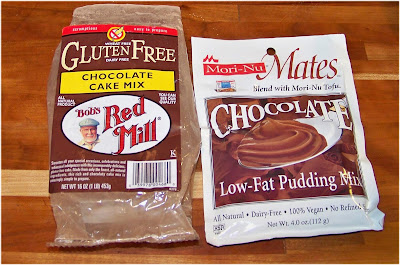 ﻿I like using Mori-Nu Mates pudding mix for adding a decadent richness to cakes.  I then added 1/4 cup of hot water and 1 tablespoon agave nectar.  The batter will be quite thick.  I dropped the batter in 1/4 cup circles on a parchment lined cookie sheet 3 inches apart. 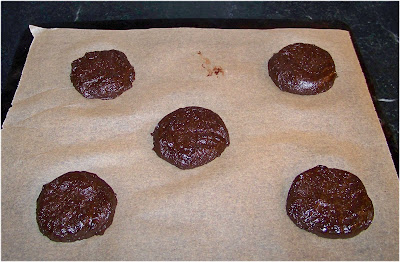 ﻿
After baking in a 350 oven for 20 minutes the cake-like cookies will have spread out to about twice their prebake size.  I use air insulated cookie sheets if you have single layer cookie sheets, these may be done after 15 minutes.  Let them cool completely before filling them.  You can make the filling while they are cooling. 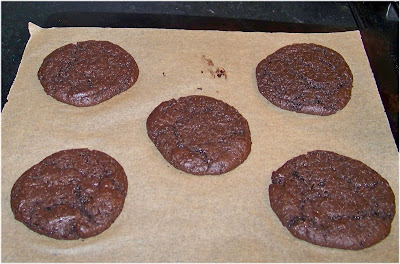 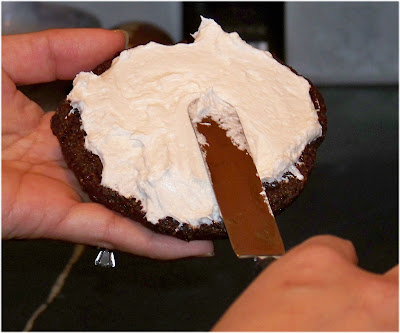 This recipe makes six large whoopie pies.  BFF and family came over last night and agreed that these were fantasticly rich and tasty.  They're gluten eaters with finicky children, so this is high praise.  But if you are gluten eaters and have regular boxed cake mix, you can make this by just reducing the liquid in the instructions by 3/4 cup.
These are so indulgently rich that one whoopie pie could be a very filling dessert for two people.  The perfect way to end a food fest like SuperBowl Sunday spreads tend to be.  I'm linking this up over at 3 Sides of Crazy's Tailgating Time and Gluten-Free Homemaker's Gluten-Free Wednesdays.

Email ThisBlogThis!Share to TwitterShare to FacebookShare to Pinterest
Labels: sweets