Remember when I re-covered our new-to-us dining room chairs, here?﻿  I promised that I was hanging on to the needlepoint seats and not just junking them.  While the edges of the seats were all torn up, the flowers in the center were still intact and quite beautiful. 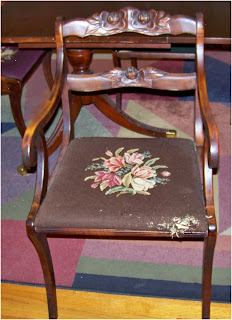 I wanted to frame the 4 remaining needlepoint seat covers(2 had been recovered previously) and display them over the sideboard.  I pictured them in round or oval frames.  Not having the bankroll wanting to spend a lot on custom framing, I spent the next couple months hunting down round frames from thrift stores, antique shops, and craigslist.  I picked up a large oval off Craigslist for $5.  After 3 months, I was still looking for 2 more frames.  I found my final 2 frames for $3 and $9 at the Antique Co-Op that I gave you a tour of here.  One of them was the exact same shape as one I had found at a thrift shop and picked up for $8.  All of the frames were varying colors and finishes. 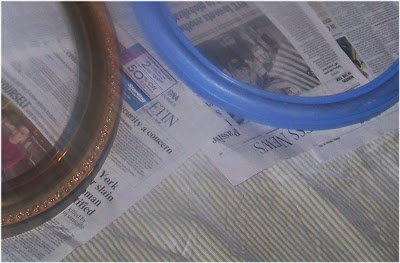 I wanted the frames to be a "gilver."  A metallic that's not gold, but not silver either.  I primed the frames and sprayed them a metallic gunmetal grey. 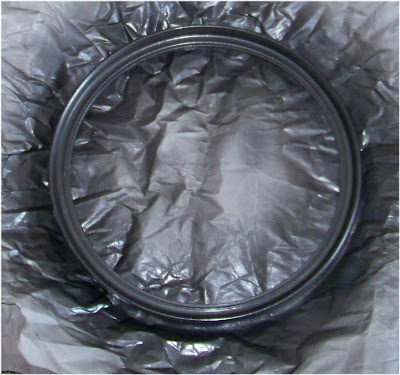 I grabbed some Treasure Gold buffing wax in Florentine Gold.  The stuff is like Rub n Buff except in comes in a little pot instead of a tube.  I rubbed an old sock in the wax pot, 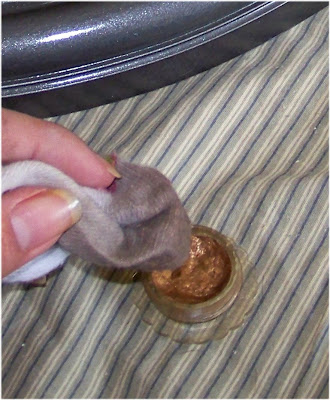 and rubbed it into the frame.  It created a layered effect that is really subtle from a step away. 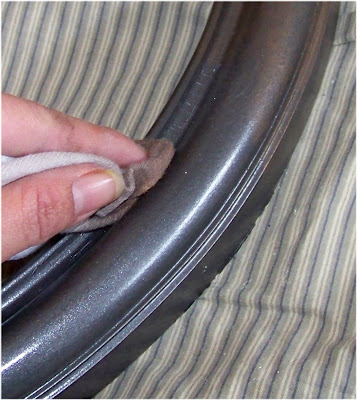 I took each seat cover and wrapped the boards with them, taping the extra fabric to the back with duct tape.  Computer Genius hung them on the wall for me.  Here's the wall before. 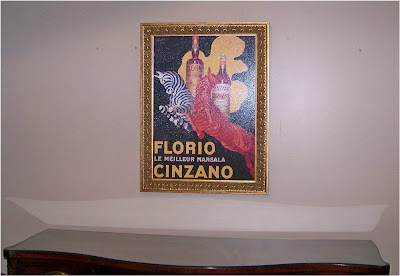 And After.  Obviously the sideboard could use a vignette.  I'm working on a new look for it.  I've had some large candlestands on there for just about forever. 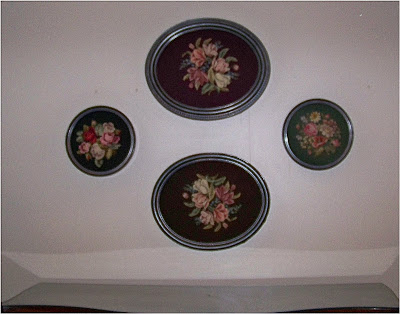 The final tally $25 for the frames & $3 for the spray paint.  Not bad for less than $30.
Thanks for popping in and painting with me.   I'm linking this up to Between Naps on the Porch's Metamorphosis Monday.  And don't forget to check out Debbiedoos' Newbie Party.

Posted by laxsupermom at 8:51 PM