This is Snuggle Bunny's last week of school, but Whirling Dervish was done last week, so I've put him to work helping me get ready for a garage sale this week.  I've mentioned our scary garage several times, and it's gotten to the point where I'm scared that Hoarders is going to bring it's film crew here.  Ok, maybe it's not that bad, but it's definitely time for a clean out.  I've had WD help me move, clean, organize, and tag things all day.  In appreciation of that help, I made him his favorite sandwich for lunch, the Tuna Melt.
He's a teenager so he actually got 2 sandwiches, a bag of chips, and a yogurt, but that wouldn't have been such a pretty picture.  Here's how I make my tuna melts.  I start with 2 cans of chunk light tuna.
I add 1 1/2 tbsps mayonnaise, 1 tsp wasabi mayo, 1/4 cup sweet pickle relish, 1/2 a small onion chopped fine, and a twist of the pepper grinder.
I add some chopped fresh cilantro to my sandwiches, but WD prefers his without.
I melt some butter in my cast iron skillet, and place a slice of Udi's bread followed by a slice of cheese(WD likes american, I like fontina,) and 1/2 cup of the tuna mixture, followed by another slice of bread.
After a couple of minutes when the cheese has melted, I flip the sandwich over to brown the other side.  Placing the cheese under the tuna will help the cheese to melt quickly and help the sandwich stay together when you flip it so that all that deliciousness stays inside the sandwich and not all over the pan.  Yum.
Thanks for stopping by and having lunch with me & WD.  I'm linking this up to Home Stories of A to Z's Tips and Tutorials and Gluten-Free Homemaker's Gluten-Free Wednesdays. 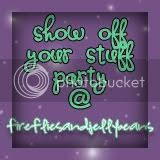 Posted by laxsupermom at 9:59 PM