Thanks, Weekend Review & A Sneek Peak

It's been crazy hectic around here lately, and I have several overdue Thank Yous to hand out for some recent wins.﻿  A big Thanks to Tiffany at Savor Home who sent me a copy of Gwyneth Paltrow's new cookbook, My Father's Daughter, a few weeks ago.  It's a great read.  I love how simple most of the recipes are, and even moreso, I love the stories she weaves throughout the book.  She writes of food & family & togetherness, and how her father fostered that love of food. 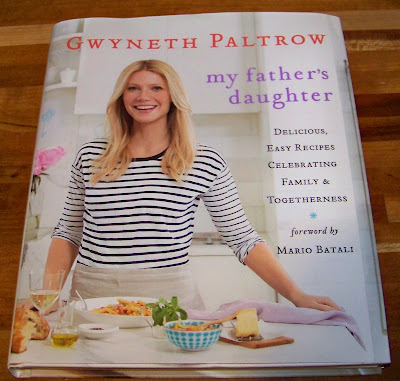 This isn't a gluten-free cookbook, but most of the recipes easily translate, and several use spelt flour, which many gluten-free eaters can tolerate.  Several recipes are already in my arsenal, but I can't wait to try making her homemade sriracha recipe as soon as I run through my bottle of the storebought stuff.  Her vietnamese prawn sandwiches look just like the ones from Little Saigon, and are on my list of must makes.  Her salad section is just bursting with creative combinations that I can't wait to try as soon as my garden starts producing.
Speaking of my garden, it's going to be a great harvest this year, because Bianca at Little Brick Ranch sent me this bag of Organic Worm Castings. 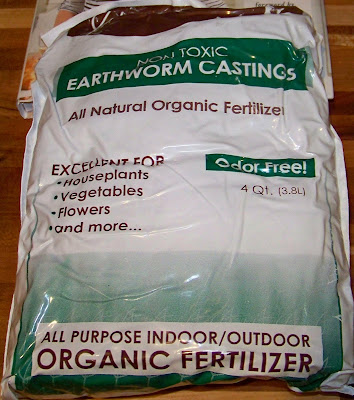 When it came, I skipped into the kitchen to grab a knife to open the box, and WD asked what it was.  I responded, "Organic Worm Castings," and he said, "No, really, what is it?"  I repeated my response, and when I opened up the box and pulled out the bag, he asked, "You're this excited about worm poop?"  He'll be excited too when I'm pickling all the cucumbers and making kale chips.
Gerry at Foodness Gracious awarded me with a Lovely Blogger Yummy Recipe Award.  Gerry is a stay-at-home-dad who shares some amazing recipes & food photography on his blog. 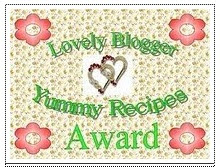 We were up at the cottage again this weekend.  We did a whole lot of drinking, 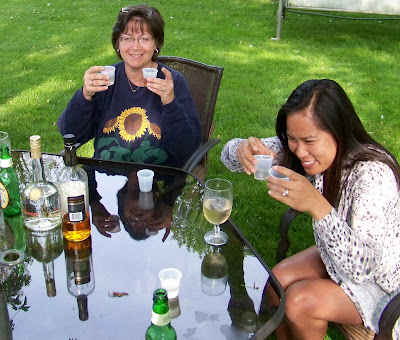 and tried to do some fishing, 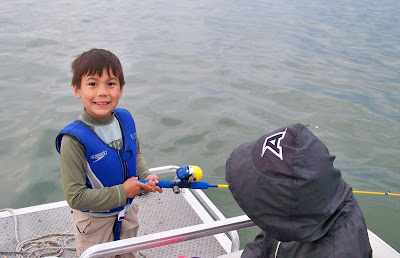 but we were mostly catching gobies.  Yuck! 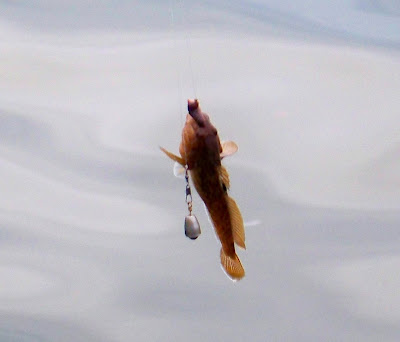 For those unfamiliar, the goby is an invasive foreign species of fish that eat bass eggs and negatively impact the bass population.  The NYS DEC categorizes them as invasive, and any that are caught must be killed and not thrown back into the water.
It was cold out on the lake Saturday. 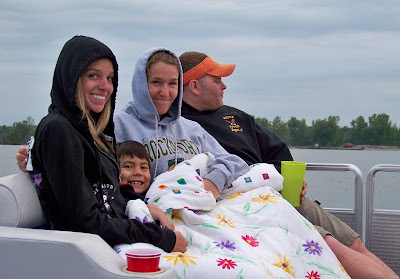 Still you can't complain when this is your view. 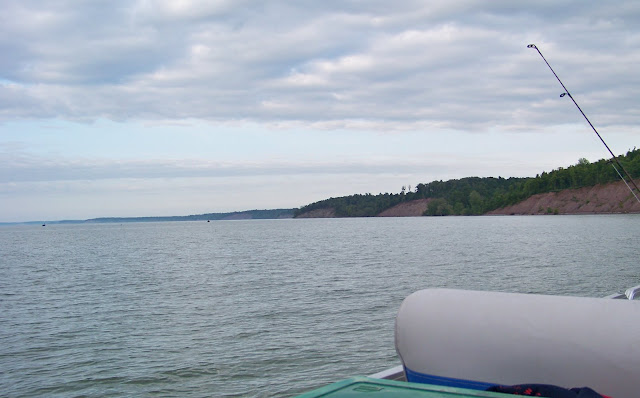 It was much warmer Sunday when the boys went back out on the lake. 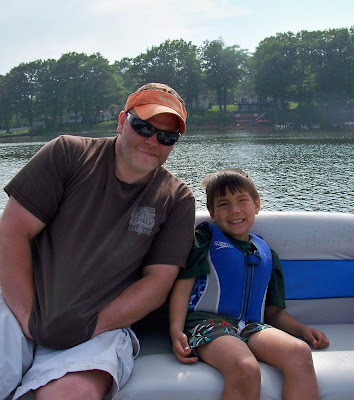 The girls all went to a baby shower, which I wish I had pics of, but the camera was left at the cottage.  The mother-to-be was radiant, and it's not often so many of CG's extended family is present all in one spot.  For some pics of the shower, check out CG's aunt's blog, A Summer's Day.   That's what I've been up to, and here's a sneak peek at a big project I'm working on(and when I say big, I mean get-on-a-stepladder-huge.) 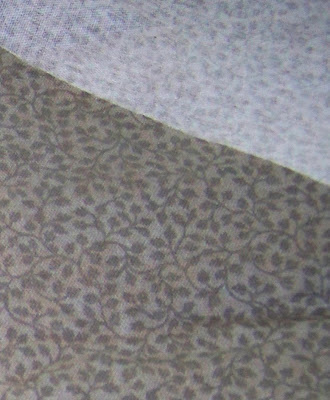 Thanks for popping in and checking out what's new.
Posted by laxsupermom at 9:06 AM