Do you ever bring home new things from the grocery store and wonder what to do with it?  I do.  The Better Baker posted a recipe for Cinnamon Chip Cookies the other day, and I had to run out and buy some Cinnamon Chips.﻿  Cinnamon Chips aren't new, in fact they've been around for years, but I've never used them so they're new to me.  When I think of Cinnamon, I think of autumn and apple pie.  Of course summer has finally rolled around, so ice cream is the current go to dessert.  I wanted to meld the flavors of autumn with the refreshing coolness of summertime ice cream and came up with this Cinnamon Apple Ice Cream Pie. 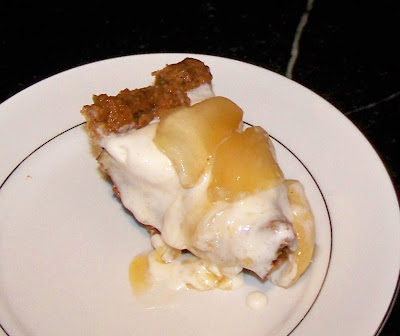 Instead of a typical pie crust, I wanted a cookie crust.  I thought a more robust crust would hold up to the ice cream better.  I went with an Oatmeal Raisin cookie crust.  I started by creaming together 10 tbsps butter with 2/3 cup brown sugar and 1/3 cup granulated sugar. 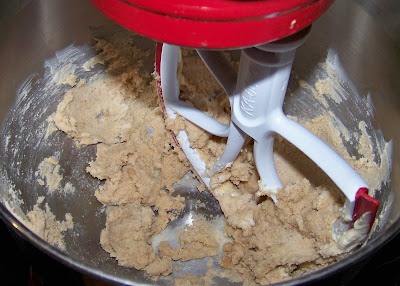 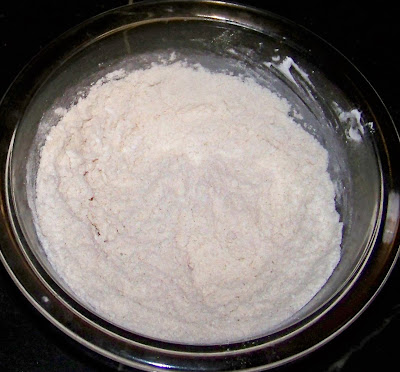 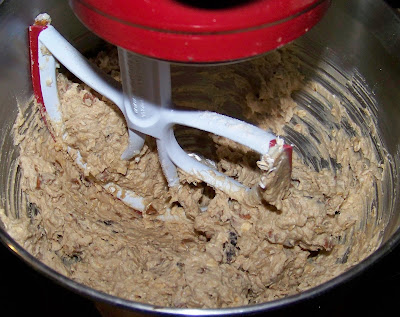 I pressed the cookie dough mixture into the sides and bottom of a deep pie dish and baked this at 350 for about 45-50 minutes.  Make sure to have a cookie sheet on a rack underneath the pie dish, because this will cook over.  I shielded the edges with aluminum foil so they wouldn't get burned. 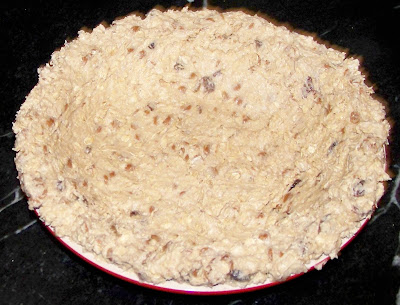 The cookie will puff up in the center and it'll look like you won't be able to fill the pie, 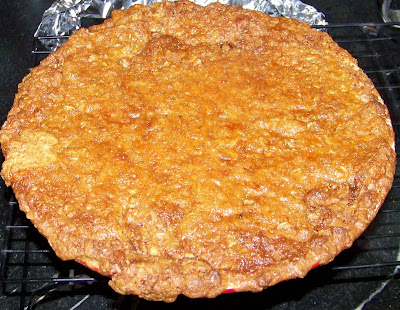 but it'll relax after you pull it out of the oven and form a cavity for filling.  It's tough to see in this pic, but it's dropped back into the dish. 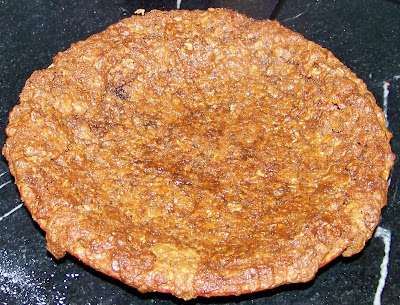 While the cookie crust is baking, make your filling.  I like making my own apple pie filling, but you can use canned for a quicker assembly.  Peel and slice up 5 tart apples. 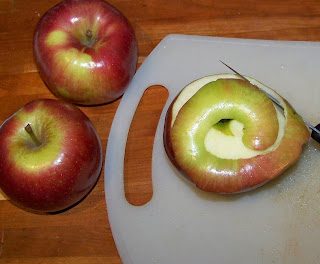 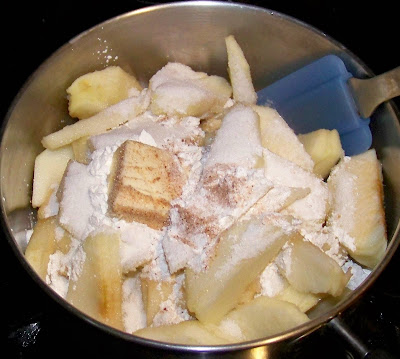 Combine everything in the saucepan, and cook over low heat, stirring occasionally until the sauce is thick & bubbly - about 15-20 minutes.(I don't know why the color is so off in this  pic.) 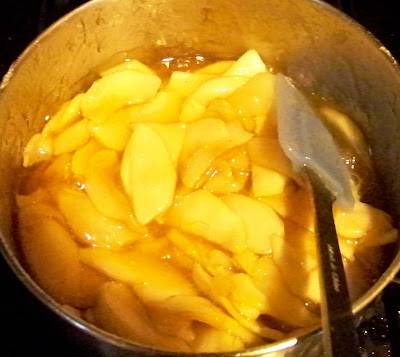 Put a cup of the apple pie filling in the frig to cool. 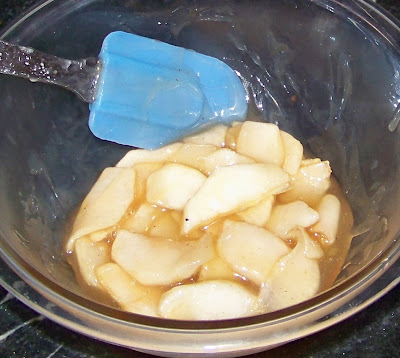 Mix the cup of chilled filling into 2 cups of softened vanilla ice cream.  I'm normally too cheap frugal to buy Friendly's Ice Cream, but it was on sale & I had a coupon, so it was only $1.50 for the 1/2 gallon. 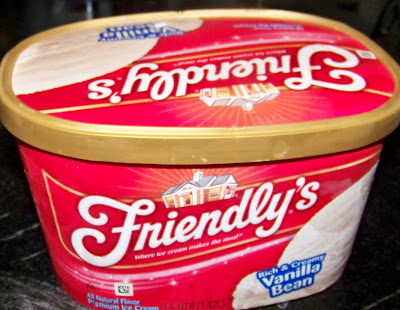 Fill the pie crust, and put it in the freezer for a few hours.  Cutting the pie into slices before you freeze it will save a lot of struggle come serving time. 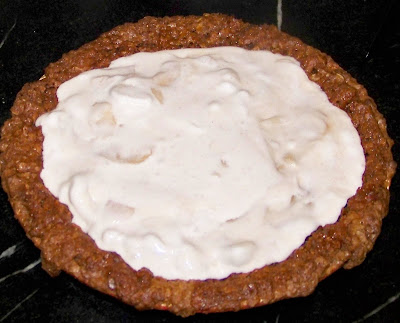 Just before serving, warm up the reserved apple pie filling and scoop it on top.  Yum! 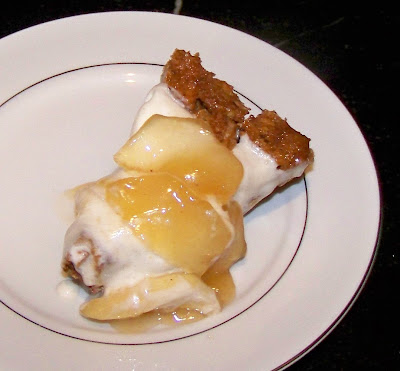 Thanks for popping in and baking with me.  I'm linking this up to Gluten-Free Homemaker's Gluten-Free Wednesdays, and Prarie Story's Recipe Swap Thursdays. 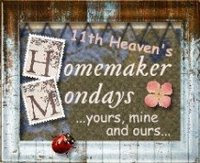 Posted by laxsupermom at 2:04 PM