If you've been coming to my blog for a while(or noticed the blurb on my sidebar,) you know that every recipe I share here is a gluten-free one.  I've never talked about why we eat gluten-free.  My goofy, impulsive, energetic older child, known here as Whirling Dervish, has ADHD.


Gluten-free diets have been known to be beneficial in all sorts of situations like with autism, and lesser known it can help with the symptoms of ADHD.  Let's back up a bit.  Being my first child, I had no reason to believe that he was anything but "all boy."  I didn't realize that his not being able to sit still or take a nap at the early age of 1 was not "normal."  Boys just jump around a lot.  No biggie.  4 separate times by the time he was 8, I had to take him to the ER or walk-in clinic for bleeding head wounds for running into walls.  Ok, maybe that's not normal.  At least that's what the social workers said.  Telling hospital social workers, "No, I don't beat my child" is super fun by the way. Other ADHD symptoms were also apparent.  He had a tough time slogging through his schoolwork.  Not because he didn't understand the material, but because he couldn't hold his focus for long enough.  His 2nd grade teacher(idiot!) kept him in at recess constantly for not finishing assignments in the allotted time and being disruptive.  She told me that he needed to shore up his basic math skills.  Ummm...no.  He could do advanced multiplication and long division at that point and tested in the 99th percentile in math.  He was bored.  The list of symptoms runs on and on.  You may wonder why we didn't put him on the drugs. 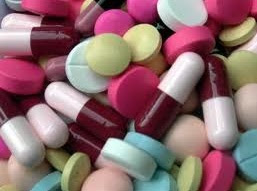 WD was a tiny kid - in the 4th percentile in weight for the longest time.
The stimulant drugs are all appetite suppressants, and we didn't really want to see him slide off the scale.  So we tried behavioral therapies.  And when I was at my wit's end, after much internet research, tried a gluten-free diet as a last ditch effort before giving in and turning to the drugs.  As it turned out that's all he needed.  We can tell when he's had a bit of gluten, because the aimless wandering starts up, and the back talking(impulsivity) becomes an issue.

Alright, if you've slogged this far, you deserve some lasagna. 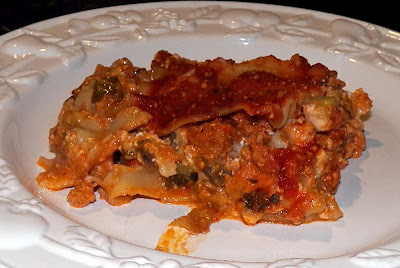 What does lasagna have to do with any of the above?  Sometimes other things can look like gluten.  If he's sleep deprived, crankiness will set in, and he may be a bit snappish.  The other day he had slept over at a friend's house, and was acting a bit snippy.  He claimed to have not eaten anything glutenous.  To check to see if it was an ADHD symptom or just tiredness, I gave WD a list of 3 things to buy from the grocery at the bottom of the hill.  Ricotta cheese, zucchini, and onions.  Organized thought, and the ability to remember a list is a big deal with ADHD.  It's also basically the same cognitive function test given to determine concussions and dementia.  He came back with all 3 items.  I mixed 1 1/2 cups of the ricotta with 1/2 cup milk and set them aside, and the zucchini and onions went into a pan with some mushrooms. 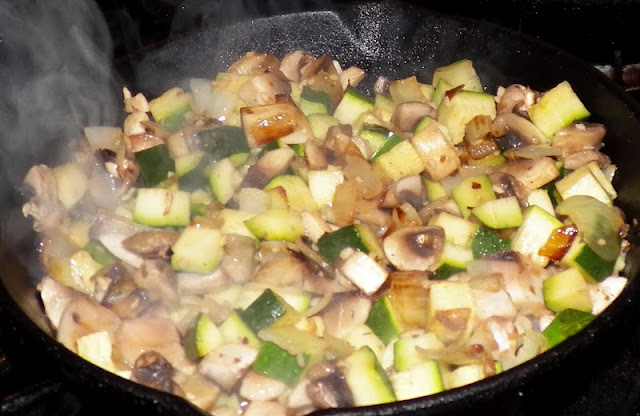 I used ground turkey in my sauce.  Lasagna is just layering.  For this one I put a layer of meat sauce, followed by 3 cooked gf lasagna noodles, a layer of half the ricotta mix, half the zucchini mix, a handful of shredded mozzarella, and some grated parmesan, more sauce, and continued on layering like this until the last layer of noodles, finishing up with some tomato sauce and parmesan.  Bake at 350 for 30 minutes.  It was delicious, and my tired boy ate a large rectangle before crawling into bed.

Thanks for popping in and reading this diatribe about ADHD, that was supposed to be a post about lasagna.   I'm linking this up to Gluten-Free Homemaker's Gluten-Free Wednesdays and Kelly the Kitchen Kop's Real Food Wednesdays.
Posted by laxsupermom at 10:25 AM